A stigma exists in the technology industry. Asking someone to picture what they think a person in this field looks like would probably result in a stereotyped Zuckerberg-type or Big Bang Theory-esque developer. The main problem with these assumptions is that they’re rooted in statistics. According to the National Center for Women and Information Technology, women make up about 56% of the workforce in the United States but only hold around 25% of tech-related jobs. The study cites that women are discouraged from pursuing fields in technology because they lack encouragement from female mentors and role models.

We think that sucks and in honor of International Women’s Day, we’d like to introduce you to some.

Jean Muriel, Zoraida Ruiz, Ashley Buckalew and Ryann Frost (pictured left to right) are the Franchise Development team here at uBreakiFix and are the epitome of female badassery in the tech industry. As soon as a new franchisee signs on the dotted line, they begin the arduous store-opening process that can take months or even years. These franchisees are lucky because the four-women team is with them through every step of the process and quite a process it is.

Everything from real estate site selection, lease negotiation and design buildout to hiring employees and coordination of the three-week training program here in Orlando has to be handled before anyone cuts a red ribbon. As well as initial orders for inventory, accessories, fixtures and basically everything to make stores ready to accept customers.

The team is typically working with around 15-20 new franchises at a time which could be up to 45 individual franchisees.

“It’s organized chaos and a constant multitask,” Ryann, Director of Franchise Development, said about the day to day process. “I’d say most of it is just building relationships with franchisees to walk them through the emotional rollercoaster of opening a store. We’re just there to be their peace of mind.”

Ryann says that they never set out to have a team of all women, but their backgrounds and ease in communication has been a huge advantage.

“Everyone is just so hungry. You can just give them a picture or an end goal and they’re spitting out ideas. Our personalities gel very well together and when you’re having fun at work it’s a lot easier to stay motivated and ride that rollercoaster with the franchisees,” she said.

In 2016, the team opened 114 stores and the goals for 2017 are even higher. Ashley and Jean both agree that their team’s ability to work together and their ability to understand one another is what makes the team so successful.

“We definitely keep the comedy alive when we’re all stressed out because we do have such a small team and such ambitious goals,” Ashley said.

Despite the stress, the satisfaction of the end result is what the team enjoys the most.

“My favorite part is when I get the pictures before they’re open. After so many months and the sign is outside and everything is ready and set to go,” Jean said.

The tools and guidance that these ambitious women give to franchisees is truly what we feel sets uBreakiFix apart from other franchised companies.

Ryann and the franchise development team are the femme-power hub of the home office but out in the field, the women of uBreakiFix Hiram in GA are squashing stereotypes and fixing it all.

Owner Valee Desai has compiled a kick-ass team of all women technicians at her store and she believes that her team’s dynamic is what really sets them apart.

“We communicate, listen to each other and work hard towards a common goal,” Valee said. “We are also great at holding each other accountable and aren’t afraid to have tough conversations that always result in bettering our team.

Being a woman in a typically male-dominated profession isn’t without its challenges. Valee said that her techs often have to prove themselves with many customers because they are expecting a man in the back is doing the work.

“I love how surprised people are when they find out we’re an all-women store,” she said. “It is rare! And it’s a great feeling when we fix a doubtful customer’s device and prove to them that, ‘Yes, women can do this too!’”

Valee recognizes that the tech industry can be intimidating and it’s not easy to enter into a male-dominated field, but she believes that women are uniquely gifted to excel in the direction that this field is heading.

“Modern technology is all about social interaction and connecting with others – activities that women value and excel at,” she said. “I would tell any woman interested in this field to go for it! Work hard, prove yourself and never stop learning!” 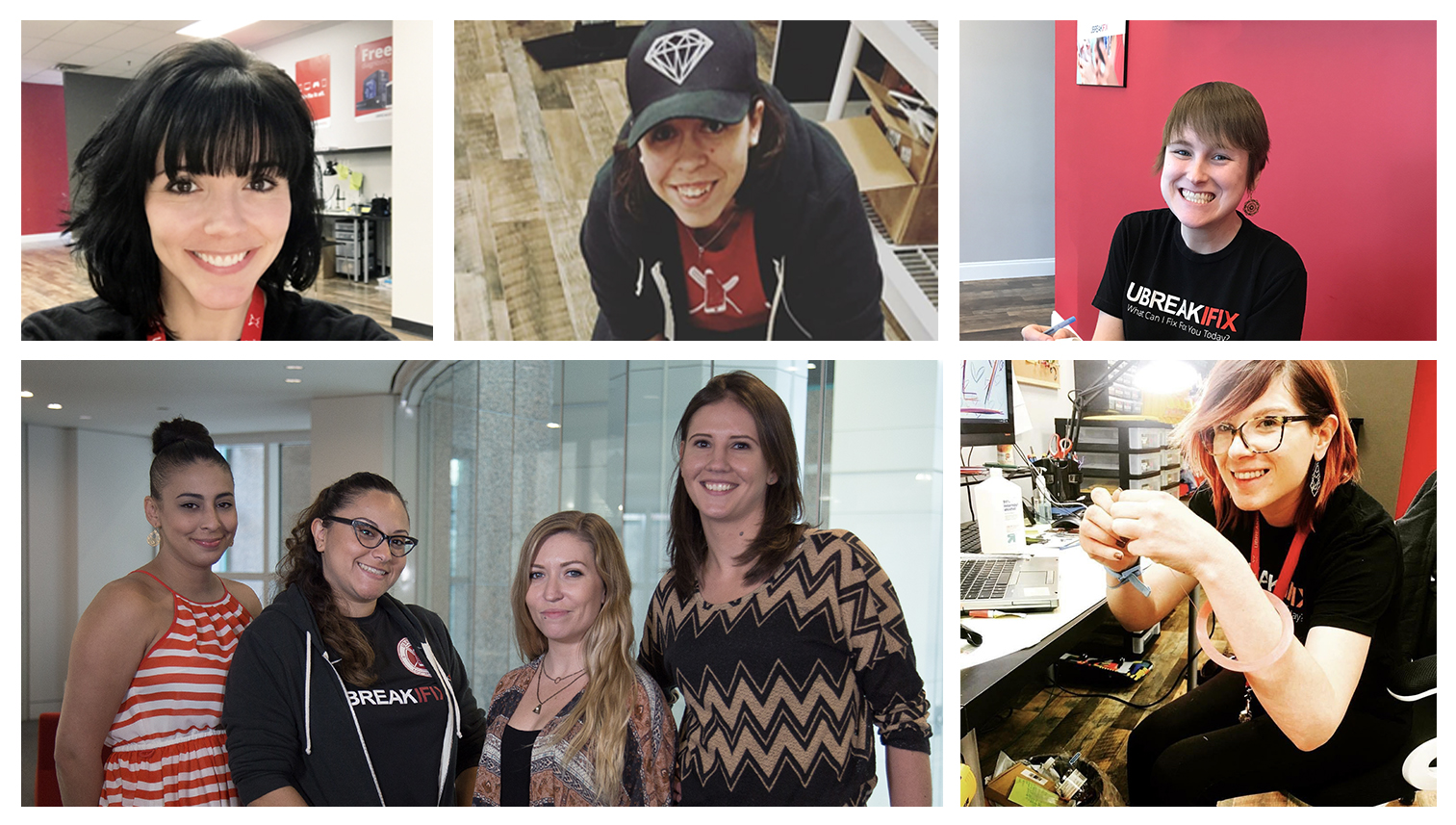